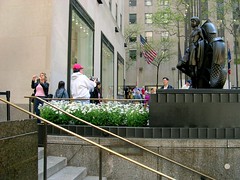 Having finished lunch, we walked upstairs to take a whirlwind tour of Rockefeller Center. As we climbed the stairs we were met with a sea of photographers. No, it wasn’t us that’s famous, it’s the place. 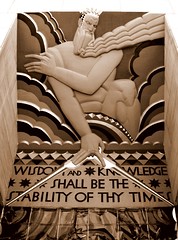 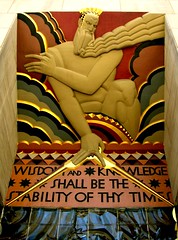 At 30 Rockefeller Center is one of my favorite artworks in the city. It epitomizes everything that is Deco to me, with it’s use of repetitive curves and sharp angles. It is sculpted bas-relief sculpture of Lee Lawrie’s “Wisdom, Light and Sound”. The Giant hovers over you as you enter the building somehow protecting you. 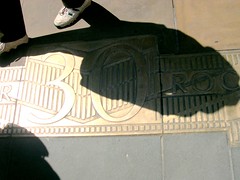 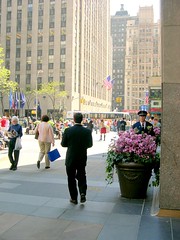 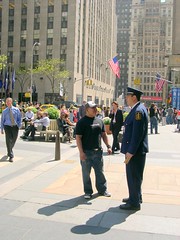 Lee Lawrie’s Atlas stands on America’s most trendy and expensive commercial thoroughfare facing the Holy St. Patrick’s Cathedral, one block from Versace. Humanism faces off with Catholicism and Capitalism all within 1 block. That’s what makes a city a city.

PS, the Visual Merchandiser at Versace is working on a window that features Madonna in the background in their fabulous and famous current ad campaign.

No comments to show.